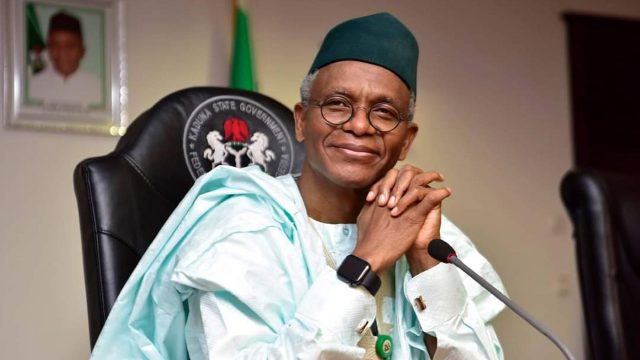 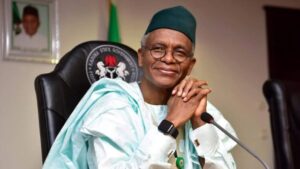 Kaduna State Governor, Nasir el-Rufai, has sacked 19 political appointees in the first phase of rationalisation of public servants, who will disengage from the public service, in continuation of rightsizing the state’s workforce.

A statement from Sir Kashim Ibrahim House signed by the governor’s spokesman, Muyiwa Adekeye, yesterday noted: “El-Rufai has thanked the departing officials for their services to the state and wished them well in their future endeavours.”

The statement added that the Deputy Chief of Legislative Staff (DCOSL), Bala Mohammed; and his special assistants, Halima Nagogo and Umar Abubakar, were affected.

El-Rufai, according to the statement, said the sack was part of his administration’s restructuring. The statement added that Special Adviser (Political) to the Governor, Ben Kure; and his aides – Mustapha Nyusha, Jamilu Mutum and Umar Haruna – were also sacked.

Also, students of the Kaduna State University (KASU), yesterday, took to the streets over the recent hike in their tuition fees by el-Rufai, alleging that the development was an attempt to deny them the right to education.

The students, who staged a peaceful protest within the campus, described the hike, in addition to N80,000 hostel charges, as a deliberate attempt to make education inaccessible to the masses, after sacking their parents who would have raised the fees.

“If the state government remains adamant about this development, students in state-owned higher institutions may be forced to discontinue their studies, as most of them are battling to pay the old rate, which was between N24,000 and N35,000,” one of the protesters lamented.

The President, National Association of Science Students, Abubakar Buhari, noted that the old fee was between N24,000 and N26,000 for indigenes, and between N31,000 and N36,000 for non-indigenes.

According to him, the new fees schedule in the student’s portal showed that returning students would pay a flat rate of N100,000 irrespective of the course of study and state of origin. But for new students, indigenes would pay N150,000 for Art and Humanities and N171,000 for Sciences, while non-indigenes would pay N221,000 minimum.

He cautioned that failure of the government to rescind its decision might heighten insecurity in the state, as drop-outs might join criminal elements.

President, Nigerian Association of Microbiology Students, Yusuf Rahama, corroborated him. “What do you think will become of us if we drop out of school? Of course, we will become liability the society,” he added. 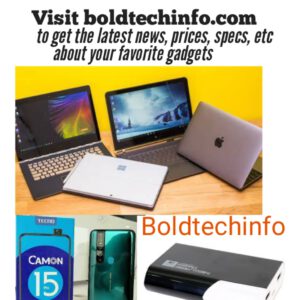